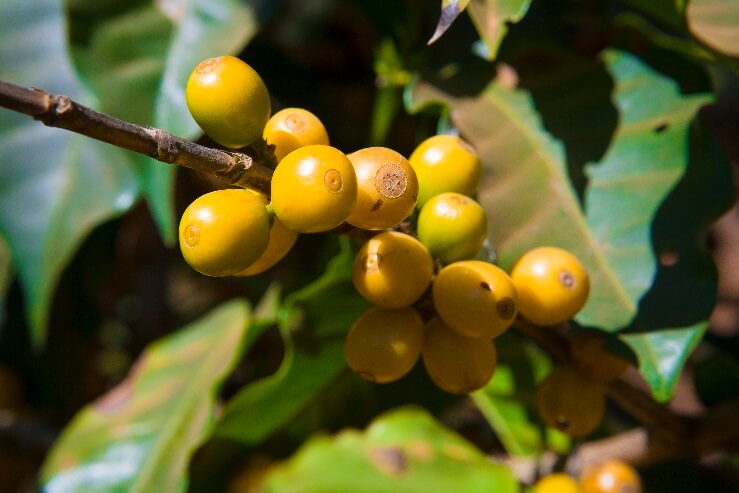 Bourbon is a good name - we know it from vanilla and coffee. The island, from which these foods have their names, is called since 1789 "Île de la Réunion" and is therefore no longer on cards as Bourbon Island findable.


The approximately 800,000 inhabitants island is located about 700km east of Madagascar and 200km west of Mauritius. The volcanic island is the rainiest place on our planet. Nowhere else will precipitation fall on a single day. On March 16, 1952, an incredible 1870mm of precipitation fell within 24 hours - Germany has an average annual rainfall of approximately 700mm.


The island was discovered by Portuguese navigator Pedro Mascarenhas in April 1512. The surrounding archipelagos - which include Mauritius - were named after him Mascarene. The island was an important port of call for ships by spice traders to India. For a long time, British, Dutch and French fought for supremacy.


The Bourbon whiskey is named after Bourbon County, northeast of the state of Kentucky, which - as well as the Île de la Bourbon - was named in honor of the House of Bourbon. The most famous representative of this French noble family is Louis XIV, the Sun King.


The French brought some coffee seeds and 60 coffee plants to the "Île de la Bourbon" for the first time in 1708 - the cultivation attempts failed miserably. 1715 and 1718 were repeated attempts by the "French Indian Company" - this time survived about 6-7 coffee plants. By adapting to the particularly precipitous climate of the island, the plants changed and formed in a row shorter, round coffee beans in round coffee cherries. As a result, the plant reduced the cherry weight on the branches to remain stable on the soil soaked in rain. Likewise, coffee plants behave on light soils, which also react with a reduction in cherry weight. This is also true of Canephoras, which also developed a rounder "rain form" (e.g., Old Paradenia) and a more elongated "dry form" (e.g., Conillon). Another well-known example is the Harrar Longberry and Harrar Shortberry, phenotypic changes that also represent adjustments to growth stability. 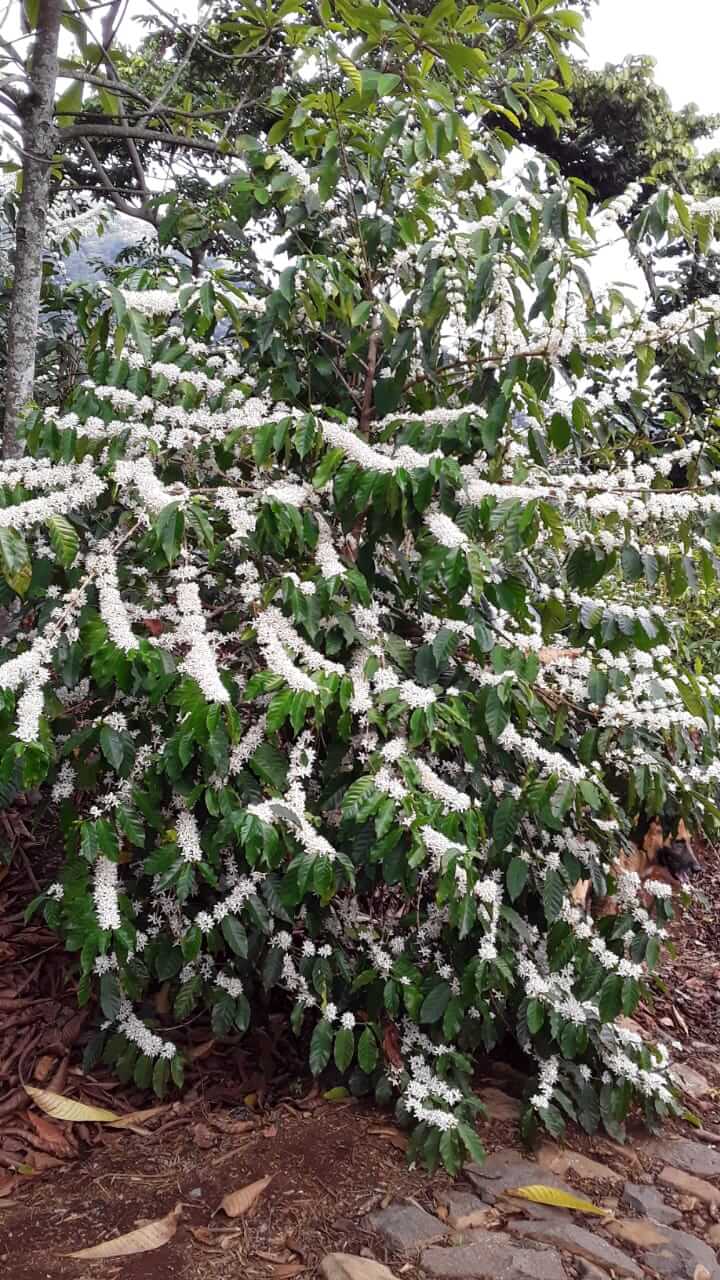 The Bourbon coffees are one of the two major lines of Arabica coffees.

They originate, as well as the other large Arabica line, the Typica line, from Yemeni plantations, each of which was created from Ethiopian wild coffees. The origin plants of both lines originate from the area northwest of the Great Rift Valley in Africa. The selection of these plants has contributed to a significant reduction in genetic diversity, in Typica, the genetic reduction of all successor plants can be traced back to a single primal plant - with significant limitations of genetic resistance to pests. Crosses between different species have significantly higher immunocompetence and pest resistance.


The tips of bourbon coffees may be reddish (bronze) or light green. The leaves are generally larger than those of Typica coffees. The secondary branches grow at a 60 ° angle from the main trunk upwards. The Bourbon cherries are rounder than the Typica plants.


Bourbon coffees are characterized by a wide variety of citrus aromas and fine, complex acidity. Depending on the type of soil (volcanic, Ferralsolisch or loamy soil), the acidity of the Cultivars is still increased by the degree of oxidation. Likewise, the day-night reduction contributes to the formation of acid.


In addition, the acids of the Bourbon coffee are usually underpinned by a wet treatment (fully washed), since the Bourbon varieties are usually grown in rainier areas, in which a dry treatment can not be carried out climatically easy. Thus, the terroir and the processing acids supplement and strengthen each other.


The Bourbon coffees can be compared well with a Riesling again, we have the same acidity and complexity.

Nevertheless, perhaps for that very reason, it is a special experience to taste perfectly prepared Natural Bourbons or Pulped Natural Bourbons. The additional sweetness and the very full body are a treat - just like Bourbonkaffees of loamy soil. My personal favorites here are Bourbon Tekisic from clay soils from El Salvador (Finca La Buena Esperanza), which I searched for over 12 years.


To illustrate the line of bourbon coffees, here are some representatives will be described in more detail. 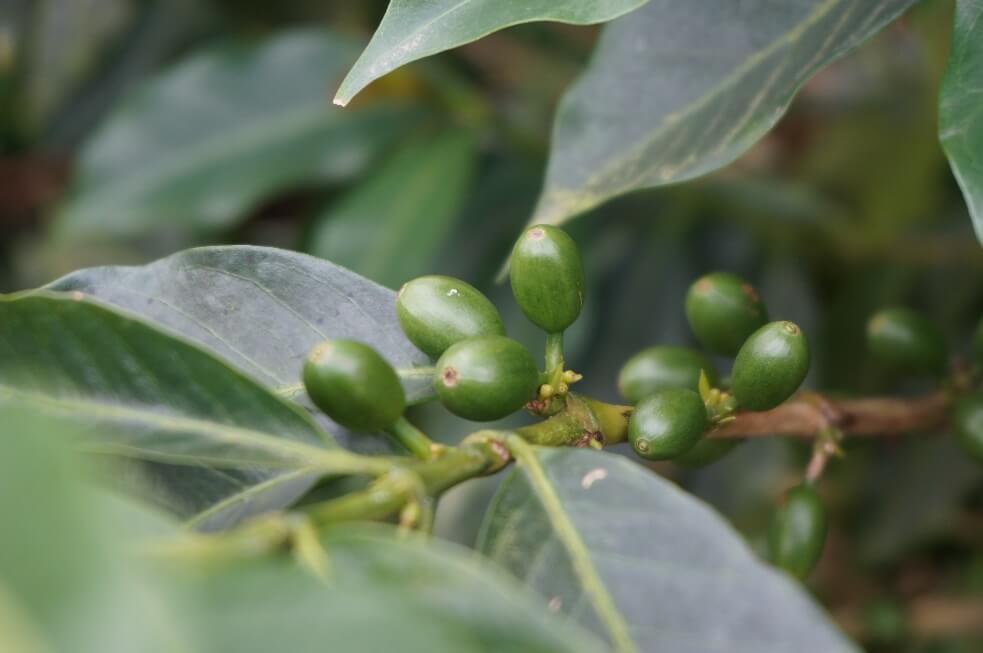 Laurina (Bourbon pointu, Coffea arabica var. Laurina) was grown from 1820 to 1950 intensively on the Réunion. He is very resistant to cold. There are two different approaches to the emergence of this rare and visually distinctively tapered coffee variety:


1.    Bourbon coffee mutation due to the extreme climate and weather conditions on the island.


Due to the special form of cherries and beans of the plant and their significantly lower caffeine content (about 0.6% caffeine) is more likely to be considered that it is the cross between Coffea mauritiana and Coffea arabica var. Bourbon. Likewise, the narrow, tapering shape contradicts Arabica's adaptation to rainy areas. 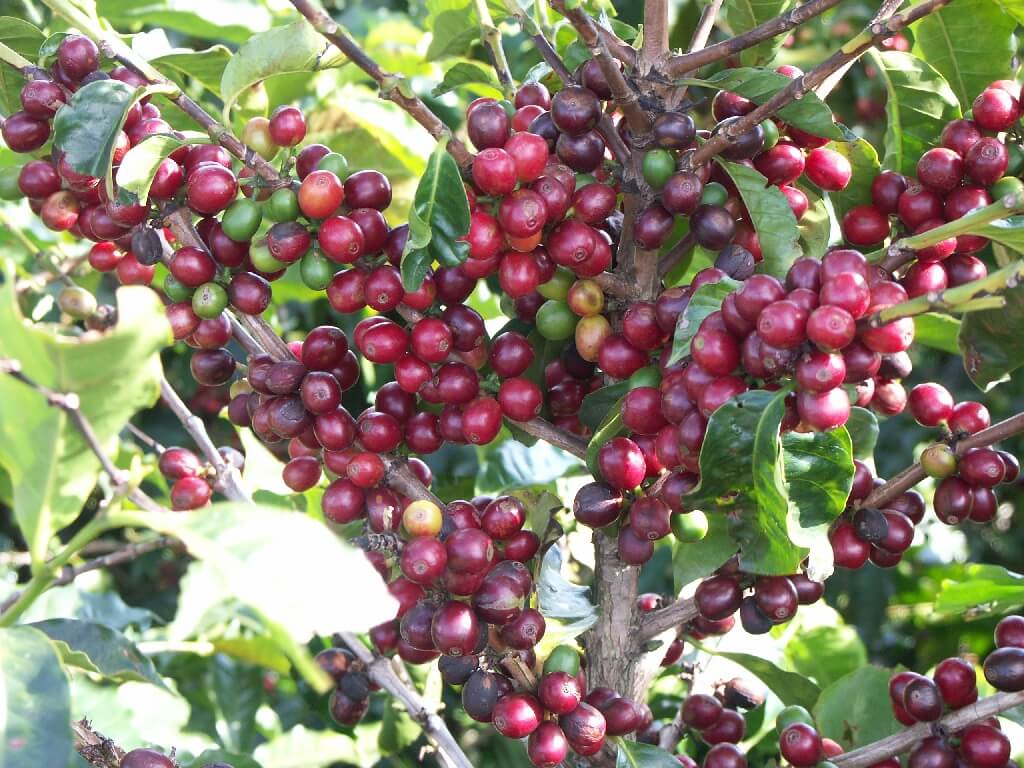 Caturra was developed by the "Alcides Carvalho Coffee Center" (Centro de Cafe) of the "Instituto Agronomico of Campinas" (IAC), in the state of São Paulo in Brazil.


In 1937, the IAC obtained samples of seed from coffee plants from the region bordering the states of Minas Gerais and Espírito Santo. They came from a "Red Caturra" and "Yellow Caturra" cultivar, both derived from a mutation of a red bourbon, from the Serra do Caparaó The crop yield of the Caturra surpasses that of the Bourbon by the more stout growth and smaller leaf distances (Internodi The Caturra variety matures faster, has a higher yield, and offers greater resistance than older varieties of Arabica. 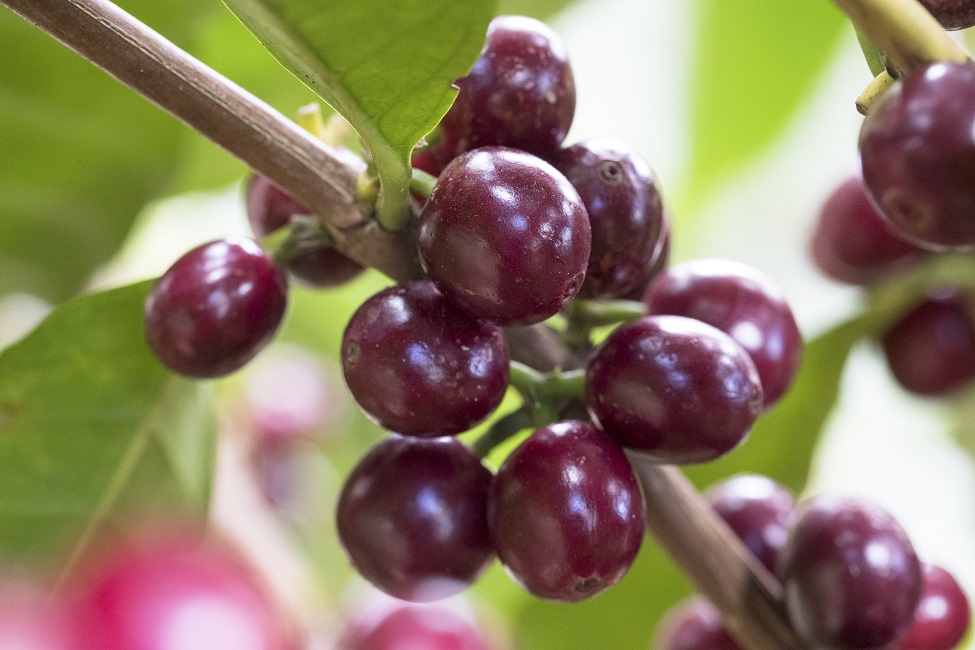 Work on the selection of „Bourbon Tekisic“ began in 1949 at the Salvadoran Institute for Coffee Research (ISIC). In 1977, the first plantings of Bourbon Tekisic in eE Salvador. The Tekisc is characterized by a very pronounced body and a high natural sweetness in very pure fruit tones.


French Mission (St. Austin's Catholic Mission, Nairobi, Kenya, 1897)
In 1897, Brother Zolanus Zipper of the Missionaries of the Holy Spirit brought seeds from Morogoro to plant at St. Austin's Mission near Nairobi. In the following year, he expanded the plantation by 100 seedlings from Bura. The first harvest was in 1900. The coffees of this mission were called "French Mission". In 1904, the Muthangari plantation counted 5,000 full-grown trees, 1910 already 15,000 trees and 1914 52,000 coffee trees. The station supplies coffee plantations all over the country with seeds.


Pacas (El Salvador, 1949)
Fernando Alberto Pacas founded the "San Rafael" plantation in Santa Ana in 1905, where he noticed altered coffee plants at an altitude of about 1,300 meters. He further selected them and considered them "San Ramon Bourbon". It was not until 1956 that noticeable differences were noticed and William Cogwill (University of Florida) identified the variety as independent, which was subsequently referred to as "Pacas".


Villa Sarchi (Costa Rica)
Spontaneous mutation of bourbon coffee from the city of Sarchi in the West Valley district of Costa Rica.


Batian (2010, Kenia)
Backcrossing of various Bourbon varieties including SL 28, SL 34, Ruiru 11. Batian is the great hope of many Kenyan farmers in terms of taste, yield and resilience.


The spectrum of the Bourbon line is much further developed - too far to be able to describe or reasonably enumerate all to this extent. One thing is equal to the Bourbon coffee - they offer a distinctive taste experience - especially my favorites: natural red Bourbons, pulped natural processed yellow Bourbons or fully washed Bourbon Tekisic of loamy soils. Not to mention the far too rare Laurina.