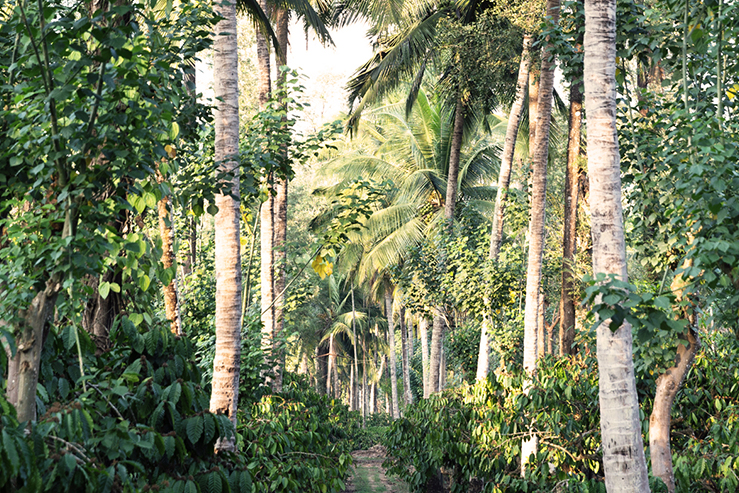 Admittedly, the name does not sound as good as "Bourbon", "Tipica", "Caturra", "Maragogype", "Gesha" and the many other coffee varieties with sounding names.


The variety shares its fate with other S-lines (S 288, S 26, S 333), N-lines (N 39), SLN-lines (SLN 274) or SL-lines (SL 28, SL 34). Somehow, they all sound much more like trains or subway lines. Nevertheless, behind them hide impressive coffee varieties that prevailed as breeding winners even before they received a melodious name.


The first Arabica varieties of India were "Old Chicks", whose name was derived from the city Chickmagalur. These were replaced in 1870 by the "Coorgs" bred by Stanley Jupp, which had a higher resistance to coffee rust. With ever decreasing resilience, new varieties were introduced to India and intersections were tested. Two varieties crystallized as suitable, "resistant to good taste and high yield": "Jackson" and "Kent".


Already in 1911, J. P. Kent isolated on Doddengudda Estate near Aldur (Mysore) an Arabica line, which was later to bear the name "Kent" (sometimes referred to as "Kent's"). The crossing of these Kent varieties with the Liberica hybrid line "S 288" (resulting from "S 26") gave rise to "S 795".

The "S 795" - an old (first plantations were made in the 1940s) and full-bodied Arabica variety comes from Karnataka in India. It was selected there in the Balehonnur Coffee Research Station and is still considered one of the best arabica varieties of India. Over many generations, coffee plants with a higher resistance to coffee rust have been sought and only found for a short time. A phenomenon that is more topical than ever again today - against the background of the worldwide climate-induced coffee rust epidemics. 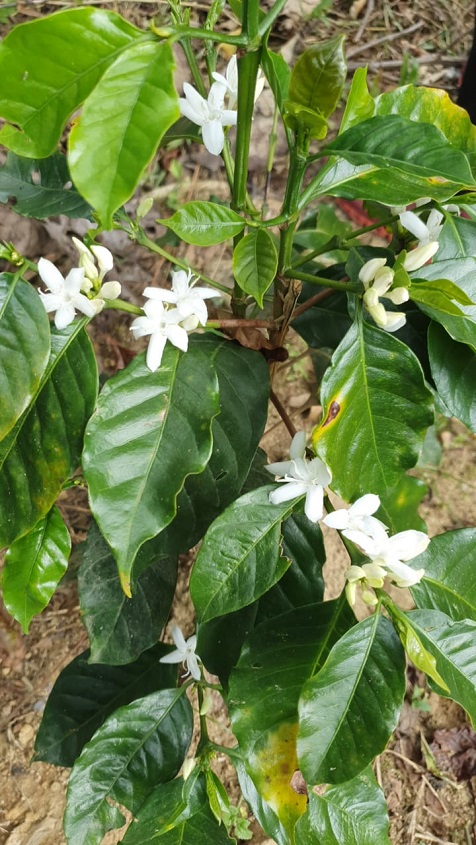 
The "S" lines are the only Arabicoids with Liberica content, giving them one of the highest levels of resistance to coffee rust (via an SH3 gene). In addition, they offer an impressive sweetness and a very full body.

"S 795", which is grown next to India in Southeast Asia, especially in Myanmar, is characterized by berry notes with cocoa and honey aromas. Often, therefore, there are "mocha" associations.


Striking is the pronounced body of the "S 795" in the cup. This stems from the Liberia genetics and is unique even in lighter roasts. Usually the "S 795" is fully washed and in the screens 15up or 16up. Larger screens (18up) are rather rare, even rarer are "S 795" peaberries, which in turn have a more pronounced body with very balanced berry tones due to the better heat transfer via conduction.


Unfortunately, this variety leads a shadowy existence and is also mostly over-roasted, resulting in a bitter-dominated, slightly astringent cup. The high sweetness created by the Liberica-derived rendement (ratio of the weight of coffee cherries to green coffee) is unique.

Some of the most aromatic, expressive "S 795" coffees still originate from the region of origin of their breeding - this is not surprising given the selection in these climatic and topographic conditions. Certainly the soil and the massive nocturnal temperature reduction caused by low clouds also play a significant role in the formation of these unique flavour profiles.


One of the most delicious "S 795" known to me comes from Balehonnur (Badra Estates) and is mostly "fully washed" processed there. Both varietal and as cuvée with a share of "Old Paradenia" (often "natural" processed) or sweet-ripe Brazilian "red Catuaí" (ideally then "pulped natural" processed) a delight in lighter roast as used for filter coffee, but also as espresso roast. This is dominated by dark berries with dark chocolate and almond notes, especially in the winter time one of my favorite coffees.


The "S 795", which has been pulped natural, has a voluminous development. In India, this is usually referred to as "honey process". The pronounced sweetness is expected to be reinforced again. Unfortunately, there is very little of this coffee.

The "S 795" from Palthope Estate of Coorg, in contrast, is characterized by lighter cranberries, unless it is too dark roasted and kept too long in the 2nd and 3rd roasting phase. As espresso roast a wonderfully round, balanced espresso in a cappuccino with a touch of „dried prune".


One of the craziest experiments is an "S 795" grown in Brazil on the "Fazendas Dutra", Manhuacu (Minas da Mata). Still on the smallest scale, with an annual production of approx. 500kg. In terms of taste, it distinguishes itself - typical of this variety - with berry tones, which, however, are supplemented with orange notes and thus expressing a Brazilian character. The coffee thus expresses significantly Indian and Brazilian characteristics in equal parts. A very unique and incomparable taste experience even for spoiled cuptasters and coffee lovers. Sadly this cup is very rare and exclusive.


We are currently looking forward to the development of an "S 795" peaberry, which we store in a 5-year-old Martinique rum barrel, which was previously occupied for 4 months with an Imperial Stout. At the same time we are maturing another batch of "S 795" from Badra Balehonnur Estate in a barrique filled with a pinot noir wine. The sweetness and the complement of the berry tones to the caramel notes and grape tones will certainly be impressive.

The coffees from Myanmar are unfortunately often poorly prepared and always show flaws - this is regrettable in many respects. On the one hand, opportunities for the country to obtain the necessary foreign exchange are thereby squandered; on the other hand, a qualitatively inferior perception of the „S 795“ originating from there is also shaped.


Due to its balanced flavour-profile of fat-soluble and water-soluble aromas as well as the high basic sweetness (coming from the Liberica genetics), „S 795“ is also ideally suited for cold brew or preparations as Iced coffee.


A much too underestimated and almost unknown variety, which unjustly ekes out such an unnoticed existence. Perhaps this is one of the reasons why Indian coffees are widely underestimated by many - but this is mostly due to a lack of knowledge of the wide variety of tastes of these coffees and their excellent quality in the speciality sector.


It is definitely worthwhile to consciously taste a high quality „S 795“ - therefore it is highly recommended to take part in a tasting of Indian coffee and to get to know the „Flavour of India”.